318 lose their jobs in Stoke-on-Trent... and they said it was ‘project fear’!

Try telling 318 workers in Stoke-on-Trent who just lost their jobs that this is a price worth paying for some mythical future benefit!

Try telling 318 workers in Stoke-on-Trent who just lost their jobs that this is a price worth paying for some mythical future benefit!

A total of 318 of Dudson's 390 employees have been made redundant with immediate affect, while the remaining 72 staff will be retained to support the closure of the business.

Workers received the bombshell news after turning up for their shifts at Tunstall's Dudson factory this morning and being directed to a meeting in the canteen.

"Brexit is making the trading conditions challenging for many of our members. We are saddened by this news."

The British firm, one of the oldest china companies in England, has been making tableware, glassware, and fine china since 1800.

Warnings about the threat to jobs in the Potteries have continually been dismissed as ‘project fear’ by Leavers but the reality cannot now be denied. Try telling 318 workers in Stoke-on-Trent who just lost there jobs that this is a price worth paying for some mythical future benefit!

Max Dudson, CEO of the Dudson Group, said in February:

“Ceramic manufacturing is a British success story, a thriving industry growing out of the recession and employing 22,000 people. Government must consider the full ramifications of zero tariffs before a snap decision wipes out thousands of jobs. We want to make a success of Brexit, but zero tariffs would put us a distinct disadvantage, giving the upper hand to foreign imports.” 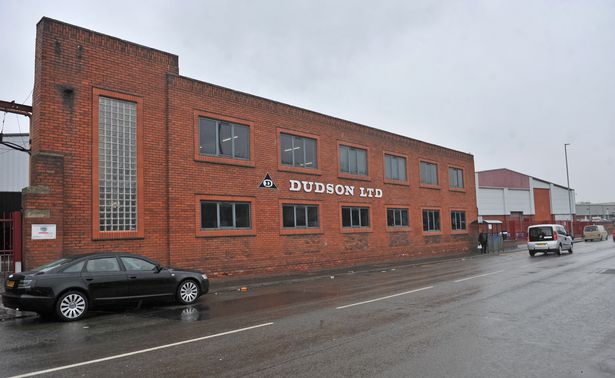 Kevin Oakes, chairman of Royal Crown Derby and president of the British Ceramic Confederation, said: “If a flood of imports ruins the domestic market for British manufacturers, the Government’s action to prevent hyper-inflation will be pointless..

“Tens of thousands of people will lose their jobs and they and their families will no longer be spending and buoying up the economy.

“It is crucial for our politicians to open their eyes and see the impact this decision could have.”

Dudson has been manufacturing ceramic tableware in Stoke-on-Trent for almost 220 years.

PwC, the official Administrators, said that the company has experienced 'significant' cash flow pressures as a result of a deterioration in sales and increased costs.

In March the government announced that ceramics would have a 1.2% tariff imposed on non-EU imports in the event of a no-deal Brexit, reduced from 4.8% and that zero tariffs were being considered.

We are shocked and alarmed by the announcements made on zero tariffs,’ said the British Ceramics Confederation Chief Executive, Laura Cohen. ‘Under the EU, taxes are levied on more than 50 different ceramic products imported into this country from across the world. At the stroke of a pen, politicians are removing these, and have decided to continue just six. They have not even included all the products that have additional anti-dumping remedies. Government says “they’ll see how it goes for a year” but that just isn’t good enough. Our successful businesses have already tied up most of their cash in Brexit preparations, in stocks or raw materials and finished goods, and paying overtime to deal with a spike in export orders.’

‘If zero tariffs are introduced unilaterally in a no-deal Brexit, a Brazilian dinner plate or one from the UAE – currently subject to 12% most favoured nation import tariff – would be reduced to zero,’ Cohen told Materials World. ‘This would lead to a flood of imports and threaten the domestic market for many of our tableware manufacturers.’

Cohen said there are 22,000 direct jobs in the ceramic manufacturing sector, which would be threatened by this. The implications of such a policy would go far beyond this sector.

The predictions of devastation in the Potteries can no longer be dismissed as scaremongering because the predictions are already coming true, just ask any one of the 318 Dudson workers who just lost their jobs.